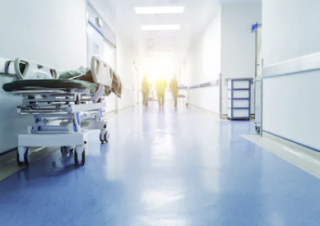 £150,000 awarded to our client for negligent treatment of a wrist fracture

On 09.12.2014, Mr E fell from a ladder and attended A&E at the William Harvey Hospital. An x-ray was performed which showed he had sustained a complex fracture of his right distal radius (the wrist end of the large bone in the forearm). He was initially immobilised in a cast before undergoing fixation surgery the following day.

Stitches were removed on 29.12.14 and no check x-ray was performed. The treating orthopaedic surgeon provided Mr E with a Futuro splint. According to the surgeon, the splint was “only to be worn when doing heavy demanding physical work”.  Our orthopaedic expert suggested that this splint provided inadequate support for the fracture, which should instead have been immobilised in a cast. Furthermore, our expert confirmed that it was negligent to advise Mr E that he could perform heavy, demanding physical work whilst wearing the splint and remove the split altogether for all activities of daily living.

Mr E was reviewed on 19.01.15 when tenderness and swelling was noted. X-rays confirmed that the plate within the wrist was bent. There was thought to be a 15 degree angulation deformity of the distal radius. Our expert advised that the angulation deformity was in fact 45 degrees and that this was unacceptable in a patient such as Mr E who performed a physically demanding job. Mr E should have been advised to undergo a revision of the earlier fixation surgery.

On 24.02.15, Mr E was seen by a different surgeon for a second opinion. It was noted that his fracture had not united and that the plate was bent. It was felt that the only way to deal with the problem would be to remove the metalwork and the damaged tissue, graft and re-fix the wrist. This operation was performed on 10.04.15.

Unfortunately, following surgery Mr E developed pain, swelling and numbness in the right hand and presented to A&E with suspected compartment syndrome. This is a very painful condition which is caused by increased pressure within one of the body’s anatomical compartments, resulting in insufficient blood supply. Three further operations were performed to treat the compartment syndrome.

Mr E continued to suffer from significant pain and reduction in the range of movement of his wrist. He underwent two further operations to try to improve his symptoms, in December 2015 and December 2016.

Unfortunately, he continues to suffer from wrist pain with a reduced range of movement. His hand is weak and he has difficulty performing heavier manual activities. Mr E has been offered the option of having further surgery to try to improve his symptoms. However, in light of the numerous operations he has already undergone, he does not wish to proceed with further surgery at this time. He has been referred to hand therapists to have a specialist splint fitted.

We alleged that but for the negligence, Mr E’s wrist would have healed in a satisfactory position without an angulation deformity. He would not have any ongoing symptoms, save for some minor restriction in his range of movement, as a result of the injury. He would have avoided the operation on 10 April 2015, the compartment syndrome and consequent treatment and the operations in December 2015 and December 2016.

Throughout this claim, the Defendant has denied liability in its entirety. Despite this, the claim recently settled for £150,000.