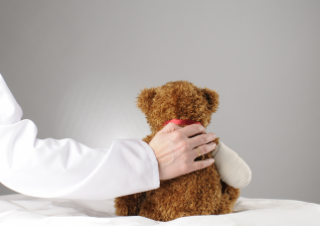 In 2012, our client Mr A was referred for an MRI head scan under an urgent ‘Head and Neck Cancer’ pathway, following complaints of symptoms such as numbness of the lips, left check and temporal region. Unknown to Mr A at the time, the MRI scan was negligently reported to show “no abnormally enhancing lesion”.

Mr A had a follow-up appointment and was later discharged without any further investigations or referrals. Mr A continued to experience symptoms such as tingling sensations, dizziness, balance problems, tiredness, memory problems and significant headaches. This affected Mr A’s ability to work.

Expert evidence was obtained from a Radiologist and Neurosurgeon. The experts confirmed that earlier diagnosis and treatment would have resolved the majority of Mr A’s symptoms caused by the hydrocephalus. The NHS Trust admitted it was negligent in failing to identify the tumour and hydrocephalus in the MRI scan results of 2012, and if the imaging had been correctly reported and urgent referrals made, Mr A would not have suffered for as long as he did.