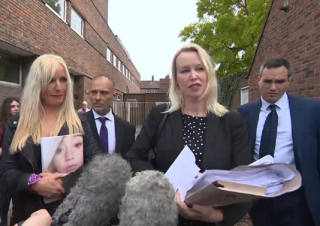 The coroner's inquest on the 11th of September 2019 investigated the death of Rosie Jean Umney, a 15 year old, who passed away on 3rd July 2018 due to diabetic ketoacidosis.

Diabetic ketoacidosis is a serious complication of diabetes.  It can occur if the body starts to run out of insulin.  This causes harmful substances called ketones to build up in the body which can be life-threatening if not spotted and treated.

Rosie had attended her GP, Dr Mangi, for an emergency appointment.  The outcome of that consultation with her GP was that she believed Rosie was suffering from an ear infection and she provided Rosie with a prescription of antibiotics to treat that supposed infection.

The Coroner considered whether Dr Mangi should have instead (i) undertaken her own test to measure Rosie’s blood ketone level, (ii) undertaken at the very least a urine ketone test, and (iii) referred Rosie to hospital.

The Coroner concluded that the evidence he was presented with persuaded him on the balance of probabilities that both sets of Guidelines would have provided a road map for Dr Mangi to have referred Rosie immediately to hospital and in fact would have done so under blue light ambulance conditions.  He therefore found that both sets of guidance suggesting observations available would have required immediate hospitalisation.

The Coroner recalled in his findings that Dr Mangi gave the family an apology before reading her evidence at the hearing in February 2019 and that she accepted all the points that were put to her that she did not follow the guidance that was available and which would have directed her to send Rosie immediately to hospital.

In his conclusion, the Coroner stated that “Rosie attended her GP surgery on the afternoon of 2nd July 2018.  The GP did not send her to hospital.  Guidelines including those issued by NICE would have led the GP to send Rosie to hospital.  The GP did not conduct any independent blood sugar or urine ketone measurements.  To the extent therefore that the GP did not arrange immediate hospital attendance or undertake any independent blood sugar or urine ketone measurement, I make a finding of neglect”.

Following the Inquest, the family made the following statement:

“Rosie was a beloved daughter with her whole life ahead of her and she will be missed by all of her family and friends every day.

We are grateful to the Coroner for carrying out a thorough investigation and we are pleased as a family with the outcome.  It was recognised by the Coroner that Rosie should have been sent straight to hospital by her GP and failure to do so amounted to neglect and contributed to her death.  We hope that the medical profession can learn from today’s findings so that this never again happens to another family”.