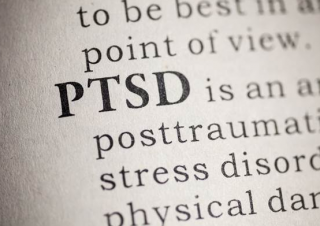 Ms T had her gallbladder removed due to gallstones, but years later began to suffer from gastric pain. She visited the Medway Hospital, where an ultrasound scan and an MRCP was performed (a special type of MRI scan that produces detailed images of the hepatobiliary and pancreatic systems, including the liver, gallbladder, bile ducts, pancreas and pancreatic duct).

A few days later, Ms T received an urgent call from the hospital asking her to attend an urgent appointment with the Consultant. At this appointment, she was told that she had a very aggressive cancer of the bile duct which required surgery at King’s College Hospital within the next 8 weeks. She was also informed that following surgery, she would need chemotherapy at the Maidstone Hospital. She was told that she should “try to enjoy Christmas and New Year and eat as much as possible in order to bulk up for the surgery”. She went home and shared this devastating news with her family.

Ms T returned to the hospital a few days later for a CT scan to check whether the cancer had spread. The staff member carrying out the scan said he could not see the original tumour, but reassured her that at least there were no signs it had spread. Whilst at hospital for this scan, Ms T once again saw her Consultant. He again confirmed the existence of the tumour, but said it was “good news” that it had not spread. The Consultant advised Ms T that they were going to have a team meeting to discuss how best to treat her.

A week later, Ms T again received an urgent telephone call from the hospital asking her to attend the following day. During this phone call she was asked who had told her she had cancer. She then received a callback from a secretary who informed her that, in fact, she did not have cancer at all. This was subsequently confirmed by the Consultant.

Ms T had already discussed her cancer diagnosis with all of her children, who were understandably devastated. The stress of being diagnosed with an aggressive cancer caused Ms T to develop severe Post Traumatic Stress Disorder (PTSD). She became very withdrawn and was unable to work. She was provided with medication and underwent counselling and EMDR (a type of trauma therapy).

We submitted that it was negligent for the Consultant to inform Ms T that she had a very aggressive cancerous tumour. This advice was very premature considering the information available to the Consultant at the time. Ms T should instead have been told that her scans had raised the possibility of cancer (amongst other diagnoses), and that she needed urgent further scans to confirm/exclude the diagnosis.