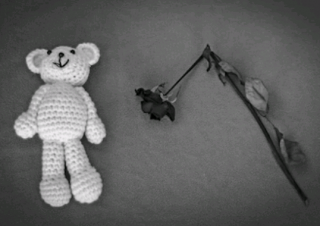 This claim involves the birth of our client’s second baby (Baby H), who was due to be born on 29th March 2017. Our client attended maternity day care several times towards the end of her pregnancy with very high blood pressure. She was placed under consultant led care and prescribed blood pressure tablets, but due to bad side effects these were stopped.

On the evening of Sunday 2nd April 2017, our client went into labour naturally. In the very early hours of the morning on Monday 3rd April 2017, she attended the William Harvey Hospital to be checked over. She was found to be 1cm dilated and was sent home again. She re-attended again at 6am on 3rd April 2017 and was, by this time, found to be 6cm dilated.

At around 10am, our client’s blood pressure became very high and the consultant prescribed a drug to control this. However, he did not attend in person to review her.

Meanwhile, the midwives were having difficulty accurately monitoring Baby H’s heart rate. A CTG monitor is used during pregnancy to monitor the fetal heart and contractions of the uterus. Its purpose is to monitor fetal well-being and allow early detection of fetal distress. In our client’s case, the CTG was poor quality but despite this, the attending midwives did not put a clip on Baby H’s head (a fetal scalp electrode) in order to get a more accurate reading. One of the midwives had to physically press the CTG monitor onto our client’s body to try to get a reading (which is poor practice).

The hospital’s own investigation into our client’s care during labour, as well as our own expert evidence, suggested that the CTG monitoring was not sufficient to establish fetal well being and there were episodes of loss of contact and decelerations (decreases in fetal heart rate). Despite the fact that our client was under consultant led care, no consultant attended throughout her labour.
At 10:20am, a further vaginal examination was performed which showed that our client was now 9cm dilated. She did not progress any further after this time and at around 11am, the senior midwife had to attend to push the cervix down. This encouraged further progress. At 11.25am and 11.40am, the baby’s heart rate was tachycardic (abnormally high) yet this was not identified and the consultant was not called. At 12:01, Baby H was born with no signs of life and was taken to be resuscitated.
At no point was our client offered an emergency caesarean section.

At around 12:30, the neonatologists attended and informed our client that Baby H was breathing again, but she required life support. Tragically, Baby H had suffered severe and irreversible brain damage and passed away just four days later, on 7th April 2017.
It was admitted by the hospital that Baby H’s death could have been avoided and that the CTG monitoring was insufficient. Our client was offered a formal apology by East Kent Hospitals NHS Foundation Trust and her claim settled without the need to issue Court proceedings. Clearly no amount of money will ever compensate our client for her tragic loss, but she does feel that some form of justice has been achieved for her little baby girl.

If you have any concerns about the death of a loved one then please do not hesitate to contact our sensitive team on 01227 828299 or personal@girlingspersonalinjury.co.uk

Support is also available from SANDS (the stillbirth and neonatal death charity) https://www.sands.org.uk/