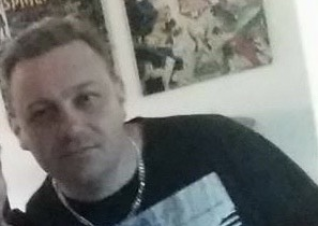 Mr Tony Collins was diagnosed with depression in 2006.  Towards the end of September 2018 he suffered an abrupt decline in his mental health and began to suffer suicidal thoughts.

He attended the A&E Department at Bedford Hospital on 26 September 2018 reporting to be feeling very low in mood and having suicidal thoughts.  He was therefore admitted to Coral Ward in Luton.

Despite it being recorded in the medical records that he was mentally feeling very unwell and breaking down crying, had episodes of anxiety, was unable to cope and had tremors, he was forced to go on home leave on 19 October 2018.

On 21 October 2018 Tony attended the A&E Department at Bedford Hospital where it was recorded in the medical records that he had told Coral Ward that he was not ready to go on home leave but staff had insisted he goes. He explained that things had become so bad the day before that he went to a multi storey car park with the intention of jumping off and killing himself.

It was agreed to admit him back to Coral Ward but they no longer had a bed for him so he was admitted to Ruth Seifert Ward in Hackney on 22 October 2018.

Again doctors considered that Tony should have home leave.  On 27 October 2018 it was recorded that Tony had been so anxious about his home leave that he had barely slept despite being given sleeping tablets and repeating all night that he could not cope with going on home leave.  Despite this, he was told he had to go on home leave so his father, Mick Collins, drove all the way from Kent to Hackney to pick Tony up.

After collecting Tony from the ward, he and his father only got as far as the main exit doors before Tony fell to the ground and started banging his head and screaming.  A psychiatric nurse found them and said that Tony was evidently having a mental health breakdown and advised his father to take Tony back to the ward and insist on him being readmitted.

Tony and his father therefore went back to the ward but were told by the ward manager that Tony would be “better off outside”; she ushered them firmly back out of the door and shut and locked the door.  The ward manager turned her back and walked away despite Tony’s father banging on the doors repeatedly to let them back in.

Tony’s father therefore had no option but to take Tony back to his home.  For a long time Tony continued to scream in the car but eventually fell asleep.  Once they reached his flat he awoke and seemed more settled.

However, the next day (28 October 2018) Tony contacted the NHS 111 service where it was noted that he had been having major panic attacks all day.  On 29 October 2018 he attended his GP with central chest pain and light headedness so was blue lighted by ambulance to the A&E department at Bedford hospital.  However, he waited for almost five hours so left.

On 30 October 2018, Tony called the crisis team but was asked to call Ruth Seifert Ward. He did this and spoke to his treating consultant but was told he was being discharged from their care.

Approximately one hour after this call, Tony jumped from the third floor of a multi storey car park and was admitted to the A&E department at Bedford Hospital having suffered two broken feet.

It was clearly recorded in the medical notes that Tony continued to have suicidal thoughts, was experiencing increasing symptoms of anxiety and paranoia, panic attacks, shaking and chest pains.  Despite this, he was not reviewed daily by the psychiatric liaison team as planned and in fact he was discharged from them on 26 November 2018.  It had also been noted on 25 November 2018 that Tony was not taking some of his medication but storing them in pots but this was not acted upon.

On 29 November 2018 Tony was escorted to and from Addenbrook’s Hospital for further physical investigations during which he suffered a severe panic attack and returned to Bedford Hospital in an agitated and distressed state. However, again this was not acted upon.

On 30 November 2018, Tony’s symptoms, including paranoia, continued. He reported to the nurses’ station that the police were coming to get him to take him to prison.  He was reassured that this was not true but returned around 15 minutes later to tell them the same thing again.

He then wheeled himself out of the ward, past the nurses’ station, and onto the 8th floor of a block of flats at the rear of Bedford Hospital. CCTV showed that this occurred at around 8am.  He was not reported as missing by staff until over 2.5 hours later.  Tragically he was found deceased on 1 December 2018 having suffered traumatic multiple injuries as a result of jumping from the 8th floor.

Despite the evidently serious failings by both Trusts to adequately deal with Tony’s mental health issues and keep him safe, as well as the significant findings by the Coroner at the inquest, both Trusts denied liability.  Despite these denials, however, a five figure settlement was agreed by both Trusts.

“My life will never be the same without my younger brother Tony in it, he is dearly missed. All he ever wanted was the correct help to get over his ongoing issues. After he jumped off a multi storey car park it was clear he needed to be in a secure unit for his own safety and despite my parents’ concerns he was discharged and allowed to leave the hospital to end his own life. Tragic and heartbreaking!

Shantala helped us with a medical negligence claim after losing my brother, she was a tower of strength to us throughout the process and am pleased to say we got the outcome we set out to get.”

“This is a terribly tragic case in which a 41 year old man and his family were desperately seeking help from healthcare professionals but were not taken seriously or looked after properly which sadly led to Tony’s avoidable death.

Money will never bring a loved one back but it can take financial pressures off those family members (often spouses and children) who are left behind. A claim also raises serious failings with the relevant hospital Trusts so lessons can be learnt and the care and treatment improved going forward. Suicide through lack of professional and medical support should not be one of the main killers in today’s society.”

If you or someone you know has been affected by potential negligence leading to suicide or a serious suicide attempt, please get in touch with Shantala Carr on shantalacarr@girlings.com or 01227 828299.

You may also want to contact charity ‘Survivors of Bereavement by Suicide’ for support on 0300 111 5065 or visit their website – https://uksobs.org.