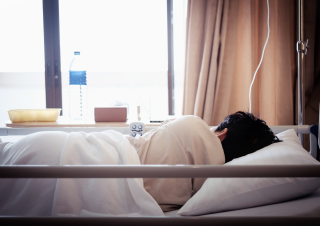 In 2015 our client, Mr T, fell down stairs and broke his neck, causing him to become paralysed from the waist down. Following his accident, he had to remain in hospital for around a year, during which time he developed multiple Grade 4 pressure sores, hampering his rehabilitation.

Liability was promptly admitted by the Defendant Trust, as Grade 4 pressure sores only occur if no preventative measures have been put in place.

Expert evidence was obtained from a vascular surgeon, a tissue viability nurse and a psychiatrist to consider the long-term consequences, if any, of the Trust’s negligence. The experts confirmed that as a consequence of the severe pressure sores, Mr T’s rehabilitation was protracted by at least a year. He was also at a high risk of the pressure sores breaking down again at least once a year, requiring intensive treatment. Further reports were obtained from care and accommodation experts as Mr T would require high level care as a result of the pressure sores.

An initial settlement offer was made by the Defendant Trust for the sum of £5,500. Following medical investigations and legal negotiations, Mr T’s claim eventually settled for £100,000.

Sadly, Mr T died prior to settlement being reached. The Defendant Trust provided an apology to the bereaved family.