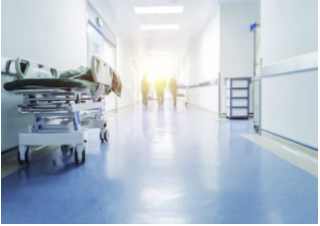 Our client suffered a delay in diagnosis of lung cancer (adenocarcinoma).  This delay was as a result of a failure by A&E staff at the William Harvey Hospital to spot an obvious suspicious lung lesion on a chest x-ray performed in December of 2009.

This unusually slow growing cancer was eventually diagnosed some 7 years later.  As a result of the delay, our client’s prognosis is now terminal.

Had the lung lesion been spotted on the x-ray performed in December 2009, our client would have been referred to the local respiratory team.  Her lung cancer would have been diagnosed and she would have undergone keyhole surgery to remove it (rather than the major open surgery she underwent several years later). With earlier diagnosis, she would also have avoided chemotherapy and the hearing loss she suffered as a result. Crucially, she would have been cured of her cancer. As a result of the negligent delay, her prognosis is sadly now terminal.

Following successful negotiations with the Defendant we eventually settled the claim for the sum of £150,000.  Our client made the following comments:

Please do not hesitate to contact our team of specialists if you have suffered as a result of a delayed diagnosis.