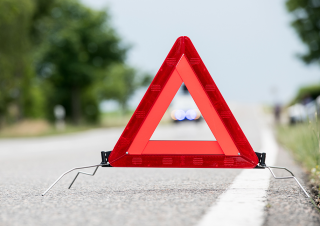 Mr H from Norfolk was involved in a road traffic accident on the 23rd January 2017.

He was riding his motorbike when a highway truck pulled out from a T junction without paying proper attention and, in doing so, drove directly into the path of Mr H’s motorbike. As a result, the two vehicles collided and Mr H suffered serious injuries.

He was taken to the Accident and Emergency department of the Queen Elizabeth Hospital in King’s Lynn where he was diagnosed with a dislocation injury to the wrist with nerve damage. As a consequence, he had to undergo emergency surgery and is likely to have to have a wrist fusion procedure in the next 10-15 years due to arthritis arising from the injury.

In addition to the wrist injury, Mr H also suffered a sprain to his cruciate ligament and impact injuries. He subsequently developed a significant phobia condition relating to car travel.

At the time, Mr H was working as a scaffolder and was hoping to progress from a trainee scaffolder to an advanced scaffolder position. Due to the nature and severity of the injuries he had to give up his scaffolding career and look for alternative forms of work to accommodate his disabilities.

Girlings Personal Injury Claims Limited were instructed in January 2019 and liability was admitted by the Defendant early on in the claim.

Evidence from experts in the fields of upper and lower limb orthopaedics, employment and psychology were obtained to quantify the nature of the injuries sustained and the impact of these injuries on Mr H.

A Joint Settlement Meeting was conducted in April 2021 and settlement was achieved in the sum of £600,000.

Kate Kennell, the solicitor who had conduct of the claim on behalf of Mr H stated:

“It’s been an absolute pleasure to pursue the claim on behalf of Mr H. I am very pleased that the claim has been brought to a successful conclusion and Mr H can move on and use his compensation to improve the quality of his life.”

“Firstly I need to thank you so very much for your patience and professionalism throughout the proceedings. You have honestly blown me away with how you have handled my case and I couldn’t have been happier to have you taking the lead on it.“