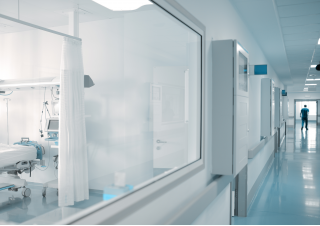 Mrs L from Aylesham, Kent successfully pursued a clinical negligence claim arising from a failure on the part of Maidstone & Tunbridge Wells NHS Trust to diagnose her with cervical cancer.

Mrs L underwent a cervical smear test on 19th June 2012, aged 25. The smear test was reported as borderline and HPV positive. Consequently, she underwent a colposcopy on 25th July 2012. The colposcopy revealed no significant abnormalities and she was therefore discharged for routine recall after three years.

Due to gynaecological symptoms, Mrs L had a further smear on 1st July 2013, aged 26. The smear test was reported as ‘normal’ and she was again discharged for routine recall after three years. This result was unfortunately incorrect and the Defendant negligently failed to report it as abnormal.

As a result of the cancer diagnosis, Mrs L was referred for surgery. Mrs L felt that she was pressured into having a hysterectomy as opposed to fertility sparing surgery (trachelectomy). She therefore underwent a radical hysterectomy in June 2017.

Girlings Personal Injury Claims Limited were instructed in March 2019. Expert medical evidence was obtained and a Letter of Claim was sent to Maidstone & Tunbridge Wells NHS Trust on 2nd April 2020.

As to the misreporting of the 2013 smear, the Defendant NHS Trust admitted liability in full.  They also admitted that had the 2013 smear been properly reported, Mrs L would have gone on to have a colposcopy which would have fully removed any pre-cancerous lesion. She would have avoided the need for a hysterectomy and thereby retained her fertility.

No admissions were made by the Defendant Trust relating to the failure to consent Mrs L appropriately as to the types of surgery available.

Although Mrs L had one child, she had always wanted more children in the future. As a result of the Defendant’s negligence, this opportunity was taken away from her. Her claim therefore included a claim for the cost of IVF/surrogacy to hopefully enable her to complete her family.

The Defendant put forward an initial offer of £100,000 in settlement of the claim, which was robustly rejected. After further negotiations, the claim settled in the sum of £190,000.

Our Michelle Meakin and Kate Kennell both dealt with the claim. Our client said the following upon conclusion of her claim:

“I want to say thank you for handling my case with professionalism, dignity and care from day one. This hasn’t been an easy process emotionally for me and your regular updates and management has been impeccable.

You have finally got the justice and answers I didn’t think was possible 2 years ago when starting out this journey.

Thank you for taking the time to listen and take the case forward and unpicking the errors that were made that I had felt for so long.

You are highly skilled solicitors that I would have pleasure to recommend should someone require your services.

Thank you from the bottom of my heart for everything you have done.”