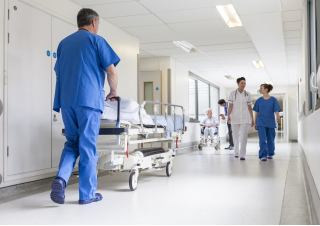 Most commonly, such claims arise from a delay in diagnosis. Such delays in diagnosis are usually encountered due to:

1. a failure to refer for appropriate investigations; or

2. a failure to interpret scans correctly; or

3. a failure to interpret the histology (e.g. biopsies) correctly.

One of the cases we are currently dealing with involves a failure to spot an abnormal lesion on a mammogram and ultrasound scan. Had this abnormal area been identified then an ultrasound guided biopsy would have been performed and the cancer would have been diagnosed around 10 months earlier.

Another case we are investigating concerns a lady who was referred to her local breast clinic in October 2018 with a suspicious lump in her right breast. A mammogram and ultrasound scan were performed which were said to show nothing untoward. Regardless of these results (the accuracy of which we are investigating) the patient was meant to be discussed at the multi-disciplinary team meeting and recalled for further clinical review, but this did not happen. She was instead discharged back to the care of her GP. The lump was increasing in size so she had to be re-referred back to the breast clinic by her GP in January 2019. In March 2019, further tests confirmed a diagnosis of breast cancer, some 5 months after her initial investigations.

We don’t just deal with delayed diagnosis claims. Our specialist medical negligence solicitors have also acted for claimants who have been incorrectly diagnosed with cancer when this was, in fact, not the case. In such cases, claimants have often undergone unnecessary procedures and suffered extreme stress and anxiety as a result of such a distressing diagnosis.

Please do not hesitate to contact our team of specialists if you believe you may have suffered as a result of negligent breast cancer treatment.