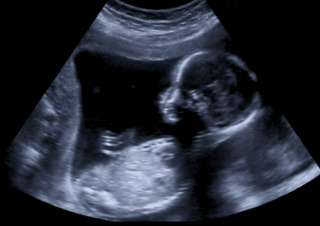 £35,000 damages for failing to scan properly during pregnancy

Miss C from Broadstairs, Kent, was 13 weeks pregnant when she attended the Emergency Department at the Queen Elizabeth the Queen Mother Hospital (QEQM), with difficulty passing urine, as well as pelvic pain and increased urine frequency. This was on 12th May 2019.

She was seen by a junior doctor who took her temperature, blood pressure, pulse and respiratory levels and discharged her with advice to take paracetamol.

The next day (13th May 2019), Miss C attended for a pre-booked antenatal scan at the QEQM Hospital.

At that appointment, Miss C advised the sonographer that she had not been able to pass urine and that she had attended the Emergency Department the day before for this reason.

As a result of that failure, on 23rd May 2019, Miss C was admitted to QEQM as an emergency with swollen legs and groin. She was in excruciating pain, particularly in her abdomen and left back. She had to be catheterised.

Due to the retention of urine, the Claimant had an unnecessary admission to hospital on 23rd May 2019 suffering with an acute kidney injury (stage 3). Further, she had to have a catheter fitted throughout her pregnancy which was very uncomfortable and distressing to her. She also developed anxiety and depression.

As a consequence, Miss C approached Girlings Personal Injury Claims to act on her behalf in investigating a clinical negligence claim.

We secured an early admission of liability from the Defendant without the need to issue Court proceedings. Settlement was achieved in the sum of £35,000.

“This was a very unpleasant episode for my Client when she was expecting her first child which should have been a magical and enjoyable experience. I am pleased that the Defendant has been sensible in agreeing to settle the Claim in a timely manner to ensure that my Client can move forward.”

“I contacted Girlings due to a medical issue being ignored in pregnancy. I met with Kate (Kennell) who was extremely professional and knowledgeable. She explained the whole process and I felt informed and updated at all times. Nothing is too much trouble and the company and Kate herself have been highly efficient, even throughout lockdown and the restrictions. I would highly recommend Girlings.”