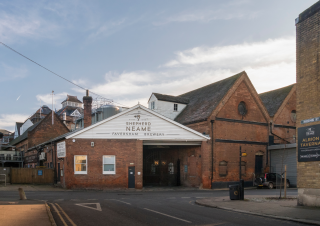 £88,000 DAMAGES FOR INJURIES CAUSED BY GAS EXPLOSION AT WORK

Mr Alan Boaler from Herne Bay was involved in an accident at work on the 25th June 2018.

He was employed by Shepherd Neame Limited and was working as a Cover Chef at the Boathouse Pub and Restaurant in Yalding, Maidstone.

Whilst working at the restaurant he was injured in a gas explosion.

From October 2017 to May 2018 the restaurant underwent an extensive refurbishment.  During that refurbishment, a new gas burner was added to the kitchen and positioned hard up against one of the walls.  The burner was supplied with gas through a gas connection hose.

On 25th June 2018, our client was working in the restaurant’s kitchen.  He was instructed by his supervisor to carry out a deep clean behind the burner.

In compliance with his supervisor’s instructions, he pulled the burner away from the wall and began to clean the exposed floor and wall.  As he did so the gas connection hose disconnected, causing gas to flow into the kitchen unrestricted.  This resulted in an immediate gas explosion causing our client to suffer severe burns.

Girlings Personal Injury Claims were instructed and a Letter of Claim was sent to his employers, Shepherd Neame. They initially denied liability and sought to blame our client and a third party who fitted the gas connection hose.

Court proceedings were subsequently issued against Shepherd Neame at which point they reconsidered their position and admitted primary liability.  Following a period of negotiation, the claim was eventually settled in the sum of £88,000.

If you have been injured in an accident at work, please do not hesitate to contact our team of specialists to see if we can help.