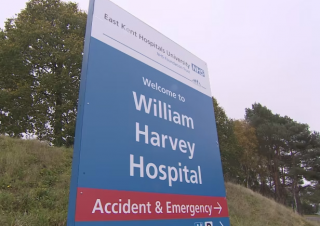 Mr H from Dover, Kent was admitted to the William Harvey Hospital, Ashford in August 2017 with severe dehydration and an acute kidney injury.

As a consequence, he was transferred to the intensive care unit and an x-ray was performed.  The x-ray was not reviewed by either a Radiologist or a member of the treating surgical team. Instead, Mr H was reviewed by a general surgery trainee a day later, by which time he had become seriously ill and his general condition had deteriorated.  The Trainee failed to review any of the imaging or seek advice from a Consultant Surgeon.

Instead of his symptoms being investigated, Mr H was discharged with arrangements to be made for further bowel investigations as an outpatient.

Four days later, Mr H was re-admitted to the same Hospital. An urgent CT scan was carried out which confirmed a large bowel obstruction. As a result, Mr H had to undergo emergency surgery.  Sadly, Mr H was unable to recover from that surgery and died in September 2017.

Mr H’s widow instructed Girlings Personal Injury Claims to pursue a clinical negligence claim.  The basis of the claim was that the care delivered to Mr H was substandard. Specifically, there had been a failure on the part of the treating doctors to review the imaging of a critically ill intensive care patient.  Furthermore, the treating general surgery trainee doctor failed to request a patient review from a Consultant Surgeon.

The claim was conducted by Kate Kennell, Partner at Girlings Personal Injury Claims.  Expert evidence was obtained from a Radiologist and a Colorectal expert, who were both supportive of the claim.

The Defendant admitted negligence and initially put forward an offer of £55,000. After negotiations between the parties the claim eventually settled in the sum of £135,000.

Kate Kennell said in relation to the claim:

“This was a complex claim whereby many elements of the care which were delivered to Mr H were very poor.  Selecting the best experts in this case was critical to succeeding.  With the assistance of committed and supportive experts and sheer persistence, the claim was brought to a successful conclusion for the client.”